Pirates of the Flats to Debut on ESPN2

The series will be narrated by Brokaw and will explore the wonders of flats fishing through the eyes of this all-star cast who have each devoted a significant part of their lives to conservation causes. The series also will reveal some of the latest research funded by BTT and other organizations - information that will both help anglers catch more fish and better save the fragile coastal habitats.

Along the way, viewers will be activated to do their part to preserve these species so that future generations can experience all that these great game fish have to offer.
Posted by Murdock at 9:15 PM

Barf, I realize these guys might have something to say but, I really don't need to see a bunch of old white dudes sitting around a boat talking about all the wisdom's they hold and how fly fishing is a metaphor for life.

Not to mention OrionMultimedia doesn't pay it's freelance pool, I know guys who have to wait months to get paid, if they even get paid.

Anonymous? You haven't even seen the entire series and already you're a critic! When will the FF world be informed of your accomplishments? With your anonymous handle I guess never.

I'll take the Pirates of the Flats crew anyday over your rant. 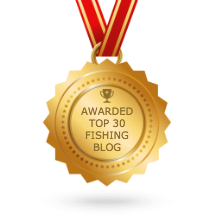